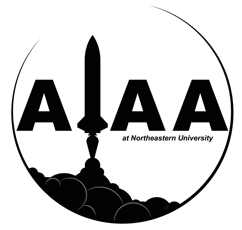 “Triton Space Technologies is delighted to announce that our new low cost initiator, the TS-LCI100 will be used by the Northeastern University AIAA Project Karman rocket team to help achieve their goal of being the first university team to fly a student built rocket above the 100km Von Karman Line definition of space.  Our low cost initiator is ideally suited for allowing head end ignition of solid rocket motors and through a technology partnership with RCS Rocket Motor Components (RCS), Inc. and its AeroTech Consumer Aerospace™ Division, we are delighted to announce a new line of AeroTech  Reloadable Motor System™ (RMS™) forward bulkheads which utilize the TS-LCI100 to permit head end ignition of reloadable motors.  These new forward bulkheads will soon be available for sale to experimental/research motor customers from the RCS online store.  Our low cost initiator may also be purchased now through RCS, the exclusive distributor for the TS-LCI100.

Both Triton Space Technologies and RCS are thrilled to be able to provide these new products to the Northeastern University team for their project Karman second stage experiments.  The project Karman team will be test flying a subscale 2 stage vehicle April 7th at LDRS utilizing one of AeroTech’s 38mm forward bulkheads and the TS-LCI100. This first flight test will help the team validate their stage separation design and avionics ignition circuitry for the second stage motor.

Be sure to check the Project Karman website here: https://web.northeastern.edu/aiaa/project-karman/ for more details on the team and updates on the results of this first attempt at second stage ignition in flight.

More information on the Low Cost Initiator may be found on our website here: www.Triton-Space.com/initiator

More information about the AeroTech/RCS forward bulkhead design may be found on their website at www.rocketmotorparts.com”